Metal detectors are incredibly useful tools, knowing how to use and handle them makes them even more fun to use. In this article, I will be uncovering and explaining some fundamental concepts that will broaden your understanding of this equipment.

What Does Disc Mean On A Metal Detector?

The DISC, also known as the metal detector discrimination feature, is a relatively modern metal detector function that essentially means that certain metals can be disregarded to prevent common but low-value items. This feature will save you the time of detecting metal that isn’t what you are looking for.

Contemporary DISC will frequently begin by ignoring any ferrous metal signals. It simply progresses to tin foil, steel bottle caps, and eventually some variant of precisely identifying different currencies. It then goes on to identify metals such as gold rings, as well as maybe other valuable metals.

What Is Gain On A Metal Detector?

The sensitivity of your detector, also called “gain” on earlier metal detector devices, determines how far it will penetrate the earth to find gold. It will take some trial and error to get the right setting for most detectors.  And for the most part, your machine may have an automatic mode.

If you’re unsure, go ahead and try it. Otherwise, increase the volume till you get a lot of interference. Stop it after that until you’re getting more precise signals. Metal objects will have apparent signals, but handling with undesired disturbance could be a pain.

Gain is a feature that controls the susceptibility of the detector to its surroundings and targets, allowing the GPX Series to be optimized for a variety of scenarios. The Gain control may be used to brighten or elevate a signal’s response, similar to boosting the loudness of your detector but more dynamically.

Gain, on the other hand, may boost everything else in the audio train in a similar way. As a result, noise from the ground, interference from other detectors, EMI, and other variables will all weigh in on the audio data coming from your equipment.

What Does Tone Mean On A Metal Detector?

Distinctive tones on metal detectors allow people to instantly distinguish the sort of metal type. A gold detector’s tone differs from a pulse induction detector’s tone, for example. A gold treasure’s tone is distinct from a relic’s tone.

As a metal detector user, this will allow you to guess the treasure or metal type early. Because of a misleading tone from the detector, there may be times when our novices find nothing after digging.

Your detector beeps at many metals and metallic things, including garbage, in addition to valuables. As a result, you should become familiar with which tones indicate a valuable metal and which don’t.

The tones’ kind is also determined by the manufacturer. Each detector has distinct tones, just as they do distinct brands. The user will gradually become accustomed to reading the specific tones. However, as consumers, we should be aware of the broad meanings of these tones.

When you’ve ever tried metal detecting, you’ve probably heard a variety of ‘beeps’ from the detector. If you enjoy treasure hunting, you will quickly become acquainted with the various tones produced by your detector. This is referred to as reading our detector.

Motors, heaters, sealers, and any other high current load are the most prevalent origins of these erroneous triggers. Active noise cancellation circuitry is installed into metal detectors, but if the spike is strong enough, the detector will falsely trigger. Read this related article.

Jamming the detector head on the ground might also create a false signal from your detector. Try not to scrape your coil by keeping it as near to the ground as possible. Errors can also be caused by swinging your coil like a pendulum. During the whole swing, the coil should be equally spaced.

Tips on what to do:

In a situation where the problem persists, you may have a coil or controlling housing problem. You’ll need to send it in to be examined and fixed in that scenario. In my opinion, the coil is usually the culprit.

What Does Disc Notch Mean On A Metal Detector?

With this feature, you can accept or reject specified target ranges depending on their conductance using notch discrimination. Individual notch segments, groupings of notches, or random segments can all be rejected.

What Does Sensitivity Mean On A Metal Detector?

The efficiency with which radiation is transformed into a usable signal is known as detector sensitivity. The capacity of a metal detector to distinguish the electromagnetic fields created by metals is also important.

This is only one of the many traits of a great metal detector. Consider the sensitivity setting as if you were driving a car. When it’s a clear day and the road is straight and empty, you’ll automatically drive the posted speed or a little faster.

You won’t be able to travel full speed or even the posted speed limit if the weather or road conditions are bad. Metal detection is similar. Keeping the sensitivity level at full boar isn’t always a good idea.

What Do The Numbers Mean On A Metal Detector?

The numbers indicate your metal detector’s conductivity measurement. Because different types of metals have varying conductivities, the values help determine their type.

On a scale of conductivity, iron is at the bottom of the list. Aluminum, on the other hand, receives better scores due to its strong conductivity. These figures allow you to observe things more closely.

Nevertheless, owing to the conductivity of numerous distinct metals, the numbers might become jumbled. Everything is determined by the size and weight of things.

Numbers or in some cases, bars indicate the metal kind of the target. The numerical ranges for various metals will be varied. Dig up all of your first few targets with a new detector to obtain a sense of the ranges associated with particular metals on your equipment.

Keep the soil composition of your hunting sites in mind. Signals are used to differentiate targets underground, therefore the numbers read are depending on them. These indicators are best used in public locations.

How To Tune A Metal Detector

Metal detectors differ in their characteristics, and each has its personality. Manually read the order as many times as necessary to gather all of the information you need to tune it to your taste. Even the most seasoned detectorist, regardless of how well they know their instruments, will generally discover something new.

The ability to fine-tune your metal detector allows you to get the most out of it in a variety of ways. You can do clever things like changing the sensor to the lowest sound threshold with any settings accessible with tuning. As a result, the sound level will be reduced, while the field on the coil and the weight will be increased.

One of the most pleasant aspects of metal detection is this. The threshold sound grows quieter as the detector is installed and adjusted to the ground with the sound becoming smaller. On White’s computers, there is a little adjustment to the ground balance. This style of operation allows a detector to filter out a variety of waverings and other distracting noises.

How To Read A Metal Detector

If your metal detector detects metal through electrical signals, you can determine it’s in the earth. Detectors send out an electromagnetic field to look for certain metals like aluminum. Metal detectors scan over the ground using a sensor probe.

What Does Disc Mean On A Metal Detector?

You also need to familiarize yourself with the term “orientation”. It relates to the position of a target item, which might be horizontal, vertical, or diagonal. Because of their larger surface area, horizontal items are easier to locate.

Lastly, let’s talk about composition, this simple concept refers to the sort of material you want to use. Even deep below, metals with strong conductivity have superior detection rates. How to Get a Dab Pen Past a Metal Detector 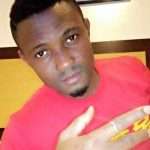